In a 3pm press release this afternoon, the Atlanta Symphony Orchestra announced cancellation of the remainder of its 2019-20 classical subscription season, which had originally been scheduled to conclude on June 14. All other ASO concerts have also been cancelled through JUne 27, the end of the orchestra’s larger, overall season.

The ASO’s previous spate of cancellations due to the COVID-19 pandemic, including a trip to Carnegie Hall, had extended only through May 11, leaving open the hope that the final three programs of the orchestra’s 75th Anniversary season could take place as originally planned, but that was not to be.

The financial impact of the pandemic-induced cancellations on the Atlanta Symphony Orchestra has been dramatic, resulting in the loss of over $3 million of ticket revenue from March 13 to the end of the season. Earned revenue accounts for approximately 50% of the Orchestra’s annual operating budget – a typical percentage model for major U.S. orchestras like the ASO.

To address the situation, the ASO and the Atlanta Federation of Musicians, AFM Local 148-462 have negotiated an agreement to amend their collective bargaining agreement so as to reduce expenses, provide scheduling flexibility, and enhance media capabilities. This will include the ability to stream content from the ASO’s archival video footage and recordings in order to to enhance the offerings of the orchestra’s recently Virtual Stage project as an alternative way of reaching both existing patrons and new audiences; the option to schedule an additional six weeks of rehearsals and performances during the summer; and a temporary 15% reduction in the musicians’ compensation through the June 27 season end – supported in part by a gift from an anonymous donor.

For concertgoers, the most visible element will be an expanded “ASO Virtual Stage,” a project spearheaded by ASO VP and General Manager Sameed Afghani. The easily accessible online resource offers the public at large a central hub of engaging content which includes interviews, pre-recorded orchestral performances, educational programs and chamber music concerts by ASO musicians.

In addition, the ASO is implementing across the board reductions in administrative staff compensation, ranging from 5% to 15%, and the furlough of 11 full-time and 13 part-time staff members whose work primarily requires active participation in concert performances or other duties that cannot be done remotely. These employees are eligible for Cares Act funding and will retain their health benefits during the furlough period.

In addition, the ASO is asking patrons to support the institution and its musicians by donating back their tickets to canceled concerts, as well as renewing their subscriptions for the 2020/21 season, which was announced on March 31. As an intrinsic part of the Woodruff Arts Center, the Atlanta Symphony Orchestra does not currently qualify for the Cares Act stimulus because of the Act’s 500-employee limit.

To help address the financial storm, the ASO has created a new Stability Fund, which will match donations made through the end of June, including donations to the Annual Fund and donated tickets from canceled performances. Support for the Fund comes from The John and Rosemary Brown Family Foundation, The Antinori Foundation, the ATL Symphony Musicians Foundation, and members of the ASO Board of Directors. In the time since the Stability Fund was established, donations of tickets from canceled concerts has increased by nearly 50%. Learn more by visiting aso.org/donate. ■ 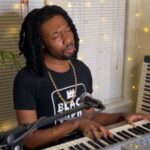 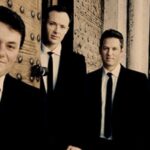 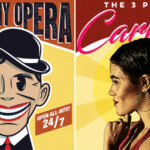 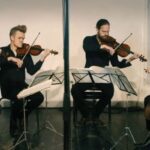 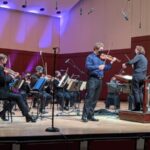