Entitled Crossroads — A Variety Show, the eclectic mix of music drawn from old-time, country, jazz and musical theater was designed to show that before they built careers as operatic artists, the singers had early-life backgrounds in other musical genres. In addition, singers got to play instruments and sing backup harmonies as well: Morris Robinson showed his skill as a drummer, capably drawing a clean rhythmic backdrop to songs from his trap set. Michael Mayes, who grew up in the piney-woods of east Texas north of Houston where he was influenced by bluegrass, old-time and country music, played guitar. Megan Marino played a melodica (which she also played as Beppe in Pagliacci, and not to be left out of the instrumental element Jamie Barton wielded a shaker. TAO chorus master Rolando Salazar was pianist, positioned on ground level below the singers, next to the stage on audience right. The singers sang from inside the plastic-sheeted isolation booths that were used in both of TAO’s opera productions, as a pandemic safety measure.

Although they had to sing in vinyl confinement cubicles (becasue Marino and Mayes are married, they shared one), it was a fun afternoon for both performers and audiences, offering a chance to relax and break down mistaken conceptual barriers about opera singers being confined to opera. What we got was an entertaining performance that demonstrated the singers’ ability to sing these more vernacular American styles with authenticity.

Jamie Barton opened the show with “Georgia On My Mind” — surprisingly, the first time the Rome, Georgia native has ever performed her home state’s official song in public. The song was written in 1930 by Hoagy Carmichael and Stuart Gorrell and originally recorded that same year as a foxtrot with a vocal refrain for Victor Black Label [Victor 23013-A] by the Hoagy Carmichael Orchestra with the title GEORGIA-Fox Trot (On My Mind). That particular disc sold 3646 copies, but would come to be covered by other bands and the original reissued by Victor and Grammophone with different B-side tunes. For late 20th-century audiences, the song is most closely associated with Georgia native Ray Charles, who recorded it for his 1960 album The Genius Hits the Road. The State of Georgia designated Ray Charles’s version the official state song in 1979.

Michael Mayes followed as lead singer in “Dublin Blues” by Texas folk and country singer Guy Clark, then Megan Marino sang lead on the plaintive 1949 Hank Williams classic, “I’m So Lonesome I Could Cry,” which was originally released as the B-side of an up-tempo blues number but reached No. 4 on Billboard’s country chart and today is No. 3 on Rolling Stone’s “100 Greatest Country Songs of All Time.”

Mayes sang lead on “Wreck on the Highway” a morality song about drunk driving by old-time and country music songwriter Dorsey Dixon (1897-1968). Originally titled “I Didn’t Hear Nobody Pray,” when Roy Acuff heard it he assumed it was a traditional song and recorded it as “Wreck on the Highway” and claimed authorship. Dixon won an infringement lawsuit, but only after Acuff’s version had mostly run its moneymaking course, leaving only pennies coming to Dixon. In addition to being a songwriter and musician, Doxin was also a millworker who spent much of his life sing he dropped put of school at age 12 working in textile mills in North and South Carolina. “Wreck on the Highway” is one of his two best-known sings along with “Babies in the Mill,” a song about the textile industry’s exploitation of child labor in the early 20th century.

Barton took the lead line in “Angel from Montgomery” by country folk and bluegrass singer-songwriter John Prine, who died in April of this year,of complications caused by COVID-19 at the age of 73. Prine described the song as “a song about a middle-aged woman who feels older than she is…” and “wanted to get out of her house and her marriage and everything. She just wanted an angel to come to take her away from all this.” The song a regular concert feature of Hank Williams’ granddaughter Holly Williams.

Up to this point the “Crossroads” program seemed a little slow-paced, but got into gear and found its groove with two numbers by Houston, Texas born songwriter and recording artist Mickey Newbury (1940-2002): “Sweet Memories” (Marino on lead vocal) and “Juble Lee’s Revival” (sung solo by Mayes).

The program then turned to the theatrical stage, with bass Morris Robinson, an Atlanta native, leaving the drum set to sing the solo ballad “Send in the Clowns” from Stephen Sondheim’s 1973 musical. A Little Night Music, which hearkened back to Robinson’s days as a student at Atlanta’s Northside School of the Performing Arts. The song is originally for a female voice (the character Deisree) but quickly became familiar solo rep for both male and female voices.

Marino and Barton then sang the only legitimately operatic work on the program, “A Hundred Thousand Stars” from Jake Heggie’s opera Two Remain (Out of Darkness) with a libretto by Gene Sheer. An interesting footnote here is that Mayes, in the role of Manfred Lewin, sang it in a 2016 production of the opera at San Francisco Conservatory of Music.

Robinson stepped up again to sing another solo song reminiscent of his times as a young performer at Northside: “The Impossible Dream,” the most popular song from the 1965 Broadway musical Man of La Mancha by Mitch Leigh with lyrics written by Joe Darion. In the musical, the song is first sung in its entirety by Don Quixote in answer to Aldonza (Dulcinea)’s question about what he means by “following the quest.”

The program turned back to country music with Morino singing lead vocal in Kris Kristofferson’s “Sunday Morning Coming Down.” Mayes then took the lead in both “16 Tons in the Summertime” – the song “16 Tons” by Merle Travis mashed up with a few lines of Gershwin’s “Summertime” from Porgy and Bess throown in – and “All I Ever Loved Was You” by Dorothy Skaggs, the mother of bluegrass and neotraditionalist country artist Ricky Skaggs.

Barton closed the formal program with “Oh, Atlanta” by Mick Ralphes, an English guitarist and songwriter from Herefordshire, who was a founding member of rock bands Mott the Hoople and Bad Company. Bad Company originally recorded the song on their 1979 album, Desolation Angels, but it is probably more familir to 20th century audiences in the recentl cover by American bluegrass-country singer Alison Krauss. The lyrics make a convenient complementary bookend with the sentiments of Barton’s opening number, “Georgia On My Mind.” 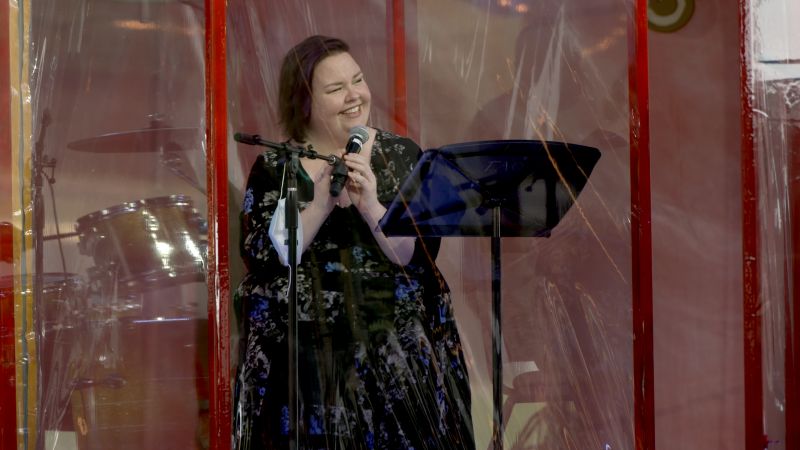 But of course there are well-planned encores in concerts like this, and the Crossroads team chose a pair of them from icons of religious Americana: “Will the Circle be Unbroken,” A popular Christian hymn written in 1907 by Ada R. Habershon and Charles H. Gabriel, but has been so transformed over the last century by oral history and by various recording artists (such as the Carter Family) that most familiarly sung versions differ substantially from the original in multiple ways, such as the addition of the word “Lord” to the middle of the phrases “by and by, by and by” and “in the sky, in the sky” as well as the tune itself.

The encores were capped off with the well-loved and oft-sung “Amazing Grace,” in which the Crossroads singers took turns with the verses. Although the hymn’s text was penned in England in 1772 by John Newton, it never really caught on there and it’s not even known to what tune it might have been sung at the time. It was only after William Walker set it to a Southern Appalachian folk tune known as “New Britain” in 1835 that the hymn spread across the United States like wildfire and became a staple of American culture. ■ 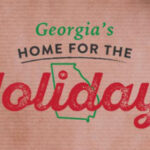 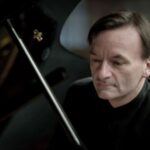 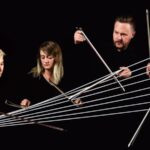 Review: Spektral Quartet plays into the juxtapositions with Experiments in Living • 25 Nov 2020 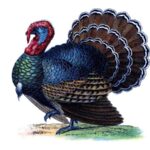