With the stroke of midnight, today The Atlanta Opera announced its 2021-22 season of Mainstage Series productions and a return to performing in the the Cobb Energy Performing Arts Centre.

The company’s four colorful, uplifting productions will open in November with Handel’s Julius Caesar in Egypt, never before staged by The Atlanta Opera, Rossini’s The Barber of Seville, Gilbert & Sullivan’s The Pirates of Penzance, and the Southeastern premiere of Mason Bates’ Grammy award-winning The (R)evolution of Steve Jobs. Two Discoveries Series productions will be announced at a later date.

In advance of today’s announcement, EarRelevant’s publisher and principal writer Mark Gresham had a conversation with The Atlanta Opera’s general and artistic director Tomer Zvulun about the new season and yet again rethinking opera as pandemic restrictions begin to ease in the wake of the company’s ultimately successful though highly unusual 2020-21 season.

The following Q&A is drawn from that conversation, followed by a list of the company’s 2021-22 mainstage productions with performance dates and some detail.

“No matter how cold your proverbial winter, you can plant seeds of change in your life by changing your thoughts and actions.” ~Andrea Goeglein

Mark Gresham: The Atlanta Opera just finished a very successful albeit unusual season, having to rethink opera completely due to the pandemic, and yet the company went through it with flying colors, I would say, given all of the all of the obstacles posed. But now with the pandemic restrictions beginning to ease some, and the company going back to the main stage at Cobb Energy Centre for the new 2021-22 season, I have to ask: Is there really a “return to normal” in this, or are you re-thinking opera once again as you look toward going back indoors with larger productions and prospectively larger audience?

Tomer Zvulun: We are firing on all cylinders next year and we’re not stopping. The Big Tent was great. It gave us an opportunity, with self discipline, to take some incredible risks and they paid off in a big way. We really had a chance to to break the rules and to experiment, to innovate, and have the rare opportunity of letting our creativity take us to new places without worrying too much about financial ramifications, honestly, because anything we have done, people would flock to see it. We sold out every performance in the spring. I feel like we emerged from this crazy season with incredible momentum and excitement for what we can do in the future.

It’s time for us to harness all the innovations that we created during the pandemic for the most uplifting season in recent memory. That’s basically the way I think about it. As we move into this “back to normal” season we want to celebrate the return to the main stage with works that are very positive and beloved works that are full of optimism, full of adventure. We want to laugh, we want to forget, we want to be inspired and that’s why those shows are the shows we chose: Pirates of Penzance and Barber of Seville, and operas about inspiring leaders like Julius Caesar – a fantastic piece that I’ve been dying to do for a long time – and, albeit controversial, Steve Jobs.

That combination of operas is one in which nobody dies. (Because everybody dies in opera, right?) We wanted to do season where nobody dies. We also wanted to do a season that, from a safety standpoint, will ease us back into performing on the main stage. That’s how we came up with it.

Gresham: It’s quite different from the original plan of resurrecting the postponed 2020-21 season, so when I got the list of productions for 2021-22 I thought, “Well that’s very interesting, what happened to that earlier plan?”

Zvulun: Some of those productions are simply not ready. We wanted to do The Sound of Music, a full co-production with Houston Grand Opera and Glimmerglass Opera but the pandemic didn’t allow them to do it, so it is not ready.

We are in a very positive situation now and we still have six months to go before opening night. Based on the current track, it appears that things are going to allow us to to perform in a normal way, but we still don’t know. Our safety committee is optimistic but they’re very cautious about return to normal activity, so we wanted to ease back with operas that would be exciting and optimistic and uplifting but also in terms of forces not huge, so we wanted to stay away from doing big Puccini, Verdi operas. As we prepare for the subsequent 2022-23 season, I can tell you that the big guns, the grand operas, are going to to come back then. But in this season we’re focusing on learning to walk again.

We believe that we are now in a stage of healing. We still are embracing all the safety protocols that kept us so successfully safe during the pandemic. We are actually emboldened by the fact that we are the only opera company in America, really, to perform 40 performances, four new productions, six concerts. Six thousand people saw the shows live. Six million people engaged with us through social media. All the productions and all the concerts were filmed in high definition video. We created a streaming platform, Spotlight Media, where all those shows are available. Spotlight Media will be with us in the future. We will have a variety of productions available there in high definition film by Felipe Barral. Not only them but also digital shorts and features that we will create for Spotlight Media. Also, the Big Tent will be back as a part of our Discoveries Series in the future.

Gresham: You anticipated my next question, which is about the Discovery Series, since it has not been announced yet. I would think that The Big Tent Series this past season has seriously informed what you can or might do with the Discoveries Series moving forward.

Believe it or not, I’m celebrating eight years in Atlanta, and I have dedicated my time here, my career, my life to investing in attracting audiences, figuring out what the audience wants, what they need, what they’re craving, and giving it to them. The Discovery Series was one of the first things we developed in when I arrived at The Atlanta Opera in 2013, functioning on this idea of creating fresh operas that last 90 minutes to 120 minutes max in unusual locations all over the city, in an immersive way that will re-engage with audiences in ways that traditional opera cannot, by removing barriers, doing shows as much as possible in English, shows that allow singers to be as close as possible to the audience.

What we did with the Big Tent series is, basically, we took our Discoveries Series idea of chamber operas done in unusual locations and then took it a step further. The catalyst was pandemic, but the actual structure of it, the actual principles were those of the Discoveries Series. It was just the location was under a big circus tent in a baseball field and a parking lot.

That idea caught fire and the data that we are now finally receiving demonstrates the success of the Big Tent series. Out of the 6000 people I mentioned that attended our shows, 3500 of them came to our spring festival. At that point the restrictions were eased and we just kept selling out the productions. Half of the audience were new to The Atlanta Opera, had never been to an opera before, or came to see an opera in the past but never came back. That’s a very encouraging piece of data for us that is inspiring us to move forward.

Gresham: There really is some significant re-thinking that you’ve gone through, then, with re-emerging out of the pandemic in order to produce this next season and subsequent seasons.

Zvulun: Oh yes. We launched the 20-21 season during the pandemic with an intention to create competencies we never had before. The competencies that we created, number one: our film department. We now have the film department, we have a streaming platform, we have the equipment to shoot in high definition. With the Spotlight Media streaming platform we now have audience members who are not only in Atlanta but all over the country and all over the world. That’s going to continue in the future. The second competency that we created is the circus tent that we purchased. We actually own the big top and we will continue to do shows in it in the future.

Gresham: That certainly does make a lot of things possible in the future, too, certainly in good weather without tornadoes and hurricanes.

Zvulun: Exactly. You can never anticipate when’s there’s going to be a tornado or hurricane. That’s another part of the lessons we learned. If you ask me what did the pandemic do to the opera company? I will tell you that the most important thing that it did was galvanize this company in a way that we never have been before. The staff, the board, management, the orchestra, folks here have had to overcome so many obstacles, so much adversity during this year from COVID-19 to Hurricane Zeta, to airplanes overhead and MARTA trains running in the middle of the performance, to bugs and mud in the middle of a baseball field. When you go through all this and you figure out a way to give to the community what it needed so desperately – live performance experiences that will uplift them and transport them away from this crazy proverbial winter that we experienced – you realize that the best thing that happened to The Atlanta Opera was being hardened and strengthened for whatever obstacles we have to overcome.   ■

Julius Caesar in Egypt, a revival of a production Zvulun first created in a 12th century fortress built during the Crusades for The Israeli Opera. This will be the production’s US premiere. Loosely based on events during the Roman Civil War of 49-45 BC, this story traces Caesar’s love affair with Cleopatra as she struggles to become the ruler of Egypt. Like Game of Thrones without dragons, Julius Caesar in Egypt is about power and intrigues, sex, love and violence. Soprano Jasmine Habersham will sing the role of Cleopatra while mezzo-soprano Megan Marino will play the role of Sesto Pompeo, who seeks to avenge the murder of his father, the Roman general Pompeo.

The Pirates of Penzance was the first opera to sell out five nights for The Atlanta Opera when it last appeared in 2016. The return of Seán Curran’s colorful production features tenor Santiago Ballerini as Frederic, the pirate apprentice with an unfortunate birthday.

The Barber of Seville, Rossini’s perennially popular comedy of errors, in a revival of the highly stylized staging by Michael Shell that impressed Opera News as “hilariously delightful with every random turn.” Combining Rossini’s bubbly and world-famous score with inspiration drawn from the work of acclaimed Spanish filmmaker Pedro Almodóvar, this production transports audiences to a pop-culture world populated by outrageous characters and one pampered rooster. Rising mezzo-soprano Stephanie Lauricella will sing the role of Rosina.

The mainstage season concludes with the Southeastern premiere of Tomer Zvulun’s new production of The (R)evolution of Steve Jobs, winner of the 2019 Grammy Award for Best Opera Recording. Written by Mason Bates to a libretto by Mark Campbell, (R)evolution follows the visionary Apple co-founder as he looks back on his life and career and confronts his own mortality.

Mark Gresham is publisher and principal writer for EarRelevant. He has been a music journalist for over 30 years, and a composer of music for much longer than that. 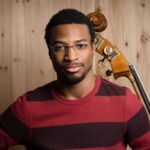 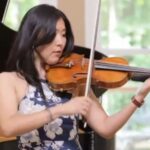 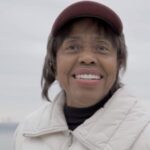 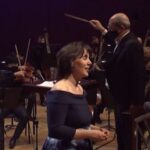 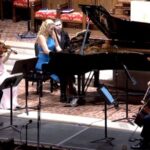